A sunrise is a reminder to be grateful and feel lucky to be alive. Greet it with joy. Smile 🙂

Chasing the sunset for early evening drinks or some skyline photography is a well-known hobby of the traveler, but what about catching the sunrise?

Early mornings are tough when on holiday. Often, clawing yourself out of bed like it’s a work-day seems to be a process that’s automatically rejected by your body which seems to have developed some innate ability to recognize that something’s up.

Now is the time to break through those barriers just for a day, because it’s the sunrise that truly brings each of these unique places to life. 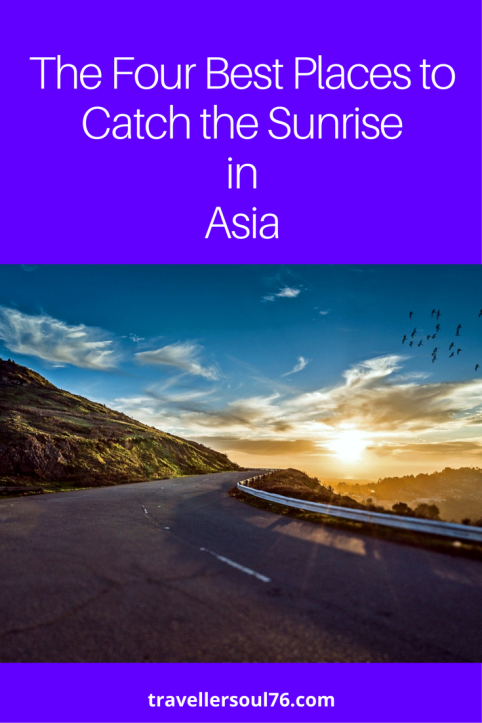 No list of sunrise hotspots would be complete without mention of what is undoubtedly India’s most iconic monument, the Taj Mahal.

Built by the Mughal Emperor Shah Jahan in the 1600s as an ode to his late wife, sadly, there’s not an hour in the day when this beautiful mausoleum is not laden with tourists. That said, getting there early acts as your best chance of capturing a killer photo and grasping just a moment of peace and quiet to take it all in.

This ode to symmetry is both graceful and sophisticated, serving as the most revered example of Mughal architecture the world over. And whilst seeing it up close is a sight to behold, witnessing the sun creep from beyond its towering, teardrop-shaped turrets takes on a whole new meaning when seen from the serenity of the River Ganges.

Hire a local boat and absorb the views away from the masses, as the shimmering white marble of the Taj takes on the warm, pinkish, morning hue it is known for. For those who of you who don’t enjoy the effects of mass tourism, make your stay in Agra a short one.

Derived from the name ‘Aki Nabalu’ meaning ‘the revered place of death’, Mount Kinabalu reigns king as the highest mountain in Malaysia at 4,095 meters tall and counting.

Located within the lush, green depths of Kinabalu National Park, despite its jagged, towering and somewhat gloomy appearance, reaching the dizzying heights of the summit is considered conquerable by the average human.

The climb to the ironically named Low’s Peak takes two days, with five hours of hiking on the first day to reach the halfway house, followed by a 2 a.m. start the following day for a further four-hour hike in the dark to complete the 8.7k journey and catch the sunrise.

Guided by the glow of a head torch, you’ll navigate vast, open rock faces, narrow, sloping pathways and be put to the test with a last-minute scramble to reach the very tip of the summit.

And as the sun begins to glow gently on the horizon, any discontent and fatigue felt is temporarily washed away, as you bask in the ultimate reward from high above the clouds. On a clear day, you can see for miles, with remarkable panoramic views of Sabah state softened by the skyline so bursting with color.

From trekking dramatic mountains to scaling volcanoes, our next hotspot takes us to the Indonesian island of Bali.

Revered as sacred by the local people, this one’s slightly easier on the body and mind, with just two hours of walking time stood between you and the sunrise experience of a lifetime. For those of you for whom the spice of life alone is not enough, you’ll be pleased to hear that Mount Batur’s last eruption was in the year 2000, and it is indeed, still active.

The hike itself is not taxing and if you sign up to a local tour, you’ll even be rewarded with coffee and breakfast at the summit, cooked by the steam of the volcano! As the sun rises, the once blackened sky blushes shades of blue, pink and orange, before returning to the piercing blue so synonymous with Bali.

On a good day, you’ll be able to pinpoint the neighboring island of Lombok in the distance and across the rooftops perched in the valley below lies Mount Agung, Bali’s highest peak. Soak up the views – they don’t get much better than this on the Island of the Gods.

And with the island being so small, you’re just a couple of hours away from the best hotels in Bali located on the southern coast and all that comes with it, from shopping and sea to surfing and fine dining. 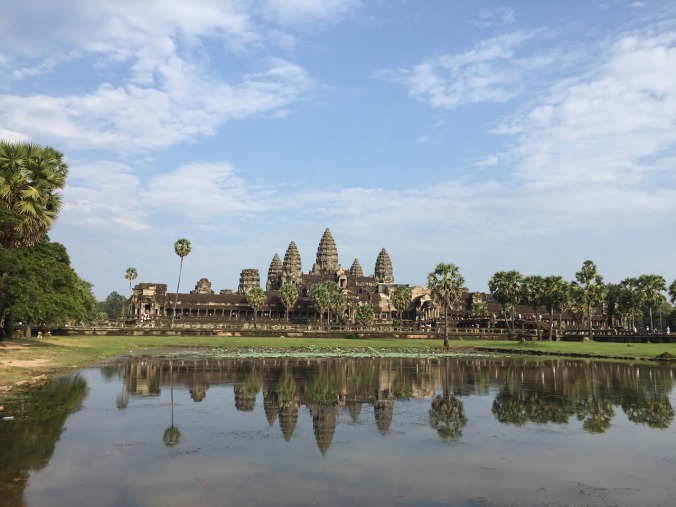 This one’s a classic. For those who chase the finest sunrises in the world, this huge temple complex located in Cambodia’s Siem Reap will not disappoint.

There’s no uphill climb or 2 a.m. start involved in this one, instead, just a short tuk tuk journey straight to the gates of the world’s largest religious monument. With sunrise being the most popular time of day to visit, you’ll need to bring your highest level of tolerance and brush up on your shoulder barging techniques, but the end result is worth the plight.

As the sun rises from beyond Angkor’s three towers and begins to soak the complex in glorious rays of sunshine to reveal individual bursts of architectural splendor one by one, you’ll find you soon realize why this is considered one of the new seven wonders of the world.

Are you a fan of sunrises

Or do you prefer sunsets?

When was last time you saw one that left you speechless?

Until next time, hasta la próxima!