Carry out an act of kindness, with no expectation of reward,

Let me ask you something, has anyone done something out of the ordinary or in a totally unexpected manner?

Have you been the beneficiary of Random Acts of Kindness During Travel or have you helped someone in return? 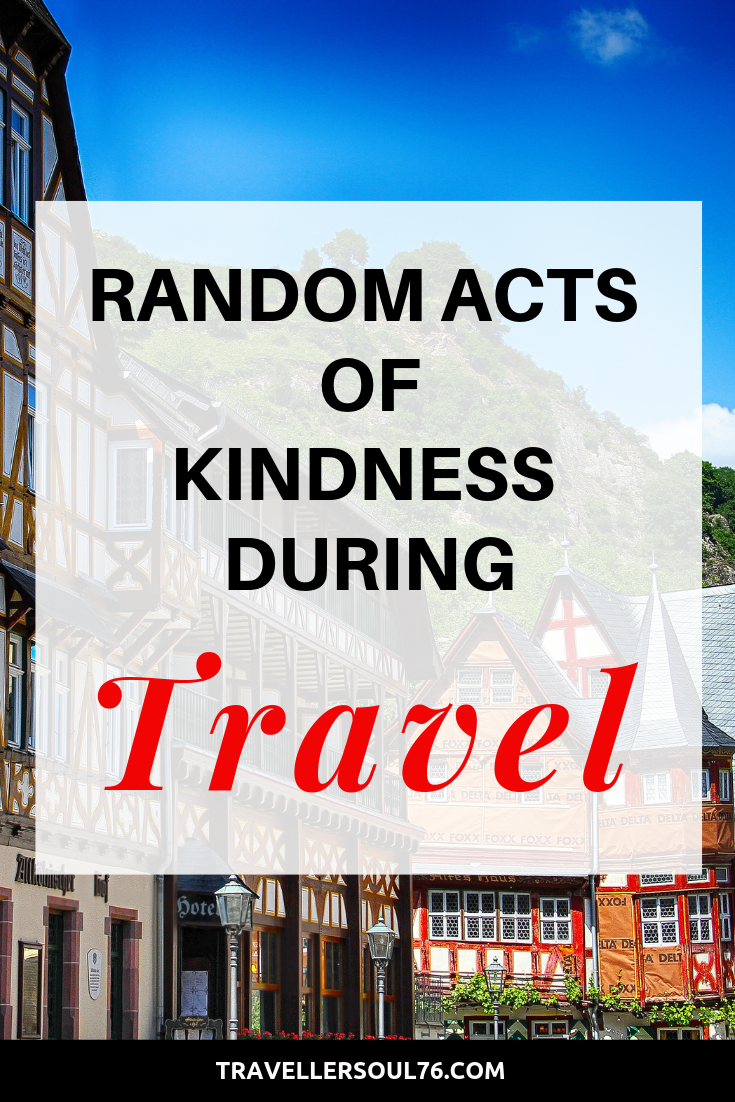 A while ago (pre-pandemic) I found myself standing at the corner of a street waiting for the light to change and go across. Then suddenly I felt someone approached me.

He was trying to speak a little bit of French but could not finish the sentence, so ended speaking English. It was a family of tourists who seemed to have gotten lost and needed some directions. The father pointed at the map and showed me where they wanted to go.

That just made me smile because I remembered that I too found myself in such circumstances during my many adventures (or misadventures) around the world!

I sure have been incredibly fortunate to have received random acts of kindness and encountered some amazing people along the way and they were simply angels in human form exactly when I need them.

I had an instant flashback, which was almost like a mini movie that played in a few seconds and remembered some unforgettable and similar experiences which happened to me a few years ago while I was traveling. Like that time when…

After leaving Amsterdam, I was heading to Germany. Once on board, I found my compartment and sat next to a handsome blond, blue-eyed young man named Stefan.

We started speaking in German and he was pleasantly surprised that I spoke it fluently and loved everything about the history, culture and language of his country!

It was my first time in the city, so I needed to find out how to reach the youth hostel so that I could drop off my bags & explore the German Capital

Stefan took me to the Taxi stand, all Mercedes-Benz vehicles of course, gave the driver the directions and he even accompanied me to the front desk to sign in.

I checked in and thanked him so much. I wanted to pay him for the fare and invite him to a drink but he said that I didn’t owe him anything. So he just turned around and left.

I spent the next week going all over town and had so much fun (as well as making new friends) even venturing out (told you I am restless!)

Silly me, I didn’t even ask his telephone number or his address. I wanted to thank him again and send him a thank you card at least!

Now that I look back, I realize he truly was God sent!  I always remember that experience as one of the best…EVER 🙂

Germans are such friendly, warm & exceptional people, I will always be grateful to have received such help!

A Korean bus driver who drove us back to our neighborhood

Shortly after arriving in Seoul, South Korea, I decided to go on my first adventure. Going into the city requires taking an express bus which I did. Another colleague, who was also starting at the same time, came along for the ride.

We had so much fun shopping, dining, going from one place to the next 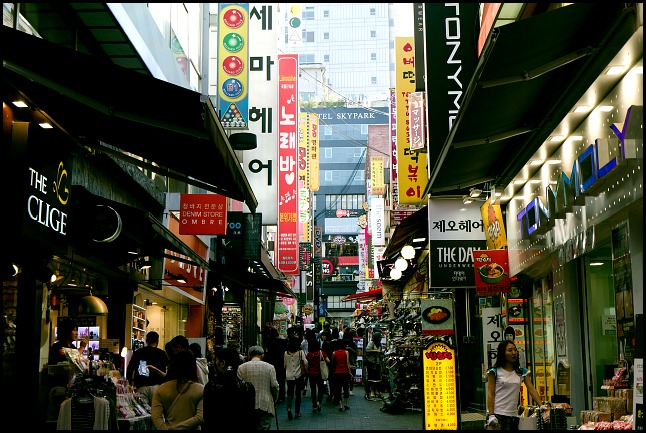 and before we knew it, we had to come back home which was a bit late at night.

Once at our stop, we found out it was the very last bus. So we got on and we talked a bit too much hence we missed our stop. It was very dark so it was hard to tell where we were.

Sadly we ended up at the bus terminal and since we didn’t know any Korean, we went out to find a taxi. Approximately 15 to 20 minutes later, there was none in sight.

So we knew we were going to have to sleep on a bench and under the stars! How’s that for a first adventure in the land of the not so much calm?

We heard someone honking and we turned around and saw the bus driver. He asked us in perfect English what we were doing there, we explained the situation and I am sure he must have thought “you dumb foreigners”.

He hesitated for a minute but then he told us to get in the car and to tell him where we lived. I was so happy & relieved.

He probably was going to be pretty late and he must have been really tired after a day of work.

So he drove for about 30 minutes before we arrived in our part of town. I was really grateful and handed him some money, for this inconvenience but he refused.

He wished us luck and was on his way.

Trust me, as soon as I got to my apartment I got down on my knees and prayed to the almighty for always looking after me and for sending the right people at the right time 🙂

Many years ago I was sent to Osaka, Japan by my school in order to get my Korean work visa. They call it the visa run which means that you can obtain the document at the nearest Korean Embassy or consulate in a foreign country and is normally ready the very same day.

Landing at Kansai Airport was a breeze, getting into the city was quite a different story. I am normally organized and plan in detail. However nothing prepared me for what I was going to experience.

I took the train that links the airport to the center of the city and once I arrived at Shinsaibashi Station I was completely lost.

If you ever been to Japan or any country in Asia, you know how crowded the train or subway stations are and there are so many lines that it is quite overwhelming.

I found myself lost in a city I knew nothing of and definitely lost in translation. Back then there were few English signs.

I had the address of the hotel where I needed to go to. So I just stood in front of a map and it was as if I was hypnotized.

Next thing you know I was pushed and people wanted to take a look at the map as well. So I went to get a real map at the counter.

I looked in all directions and still didn’t know where to go. I had to muster up my courage and asked a lady if she spoke English, she said no with her head. So I used a few Japanese words I knew and pointed to her where I needed to go.

Next thing you know, she took my hand and she started walking and I had to follow of course.

She took me to the right train platform and once the train arrived, she used her fingers to count how many stations I needed to count before arriving where I had to.

It was incredible that even if there was a language barrier I could understand her perfectly. God bless that sweet soul!

All I remember is that I put my hands together, as If I was going to pray, bowed down (young people need to do this before people who are older, it is part of the culture) and repeated “aregato, thank you so much” until the doors of the train closed. The very last image I saw was her waiving back at me and went her way.

I truly enjoyed the following days in the land of the rising sun & gained so much respect and admiration for the people! 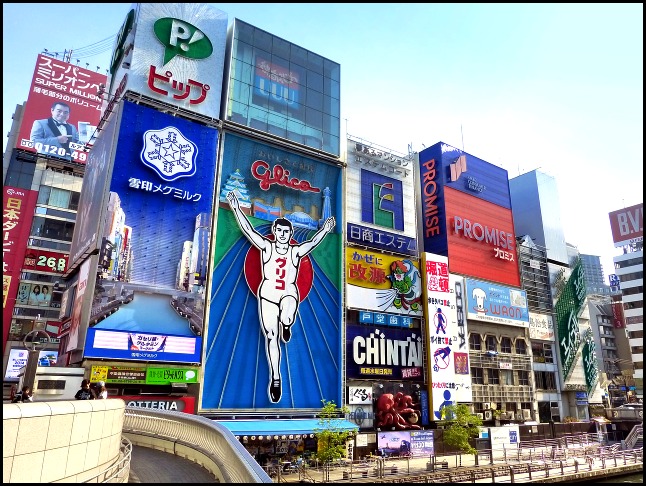 Those 3 events were some of the most memorable moments I have ever experienced but there are many more. I could definitely go on and on.

Now going back to the person who asked me for directions, well I decided to turn back and walk with them and show them the way.

While we did I asked them where they came from and they said “St-Petersburg, Russia”. Wow, they flew half-way across the world to find themselves in my city and precisely at that corner at the time I happened to be there.

We arrived at the station; I went to the counter and bought them tickets to return downtown where they were staying. They would not take them, it’s almost as if it was an offense but I explained to them that I wanted them to leave with a great memory and in the future if they see someone in a similar situation, to pay it forward!

I have never felt so good and so grateful. I saw them go through the turnstiles and they waved back thanking me.

I often wonder, was it just a coincidence? Why did they pick me and not anyone else? I often look like a tourist myself and people ask me for time, directions.

I just think that since life has been incredibly generous and really good to me all these years, it clearly is my time to stop and give back! They say that life is a boomerang and now I understand the meaning of it.

I firmly believe that travel is not only an incredible experience for the mind, body and soul; it is also great for the heart. It can help you heal, transform and also allows you to both give, receive and become a much better person in the process, don’t you agree?

Always keep your eyes and spirit open. Also be receptive to any opportunities that may show up when you least expect it 🙂

I hope you enjoyed reading Random Acts of Kindness During Travel. 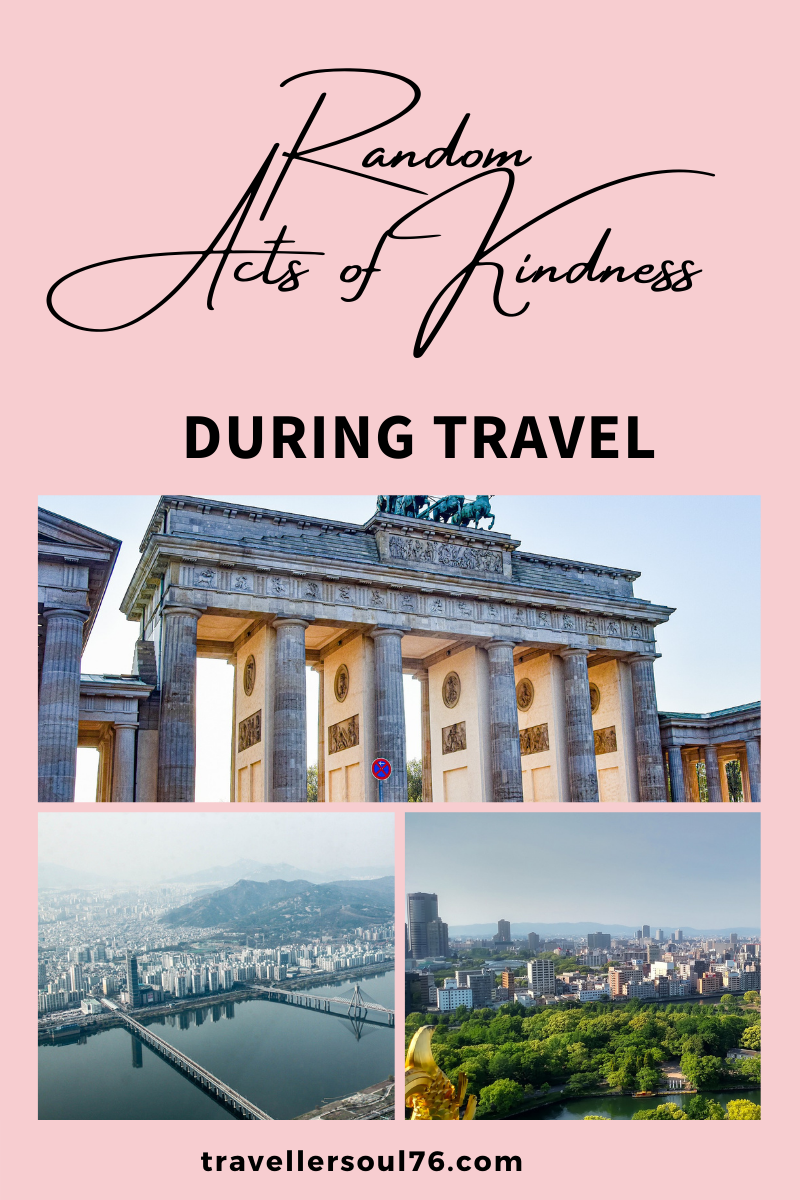 Have you ever been a beneficiary of a Random act of kindness?

If so, share your stories in the comments below!

We are so looking forward to reading them ALL.

All the best, tashi delek