“Vienna is the gate to Eastern Europe”

After visiting UNESCO World Cultural Heritage site Melk Abbey, we came back on board our Long ship, Viking Atla, enjoyed our lunch al fresco while admiring the beauty of the Wachau Valley which is renowned in Austria, and the word over, for its wine production.

As we sailed along the Danube, we were listening to the narration by the program director who was using the speaker system to give us information and facts about the regions as we passed right in front of them! Talk about getting a history and cultural lesson while sipping some sparkling wine out on the Aquavit Terrace and under the gorgeous sun. Life sure was good!

After a little while, the charming towns faded away in the distance and we had entered a mountainous region.

We were scheduled to arrive in the Austrian capital, Vienna around 6 p.m.  I headed to the sundeck and enjoyed a nice cup of green tea and remembered everything found in Melk, from the spectacular frescoes, to golden and intricate details inside the church, imperial staircase to the views of the Austrian landscape. Everything was still fresh in our minds and then reviewed the numerous photos we had taken inside as well as outside.

We went to our stateroom to rest for a few hours until I got up, opened up the sliding doors and sat on the veranda. I LOVE sitting in silence and just taking all the beauty in. I mean how often do you have the opportunity to see the world go by, especially in Europe? 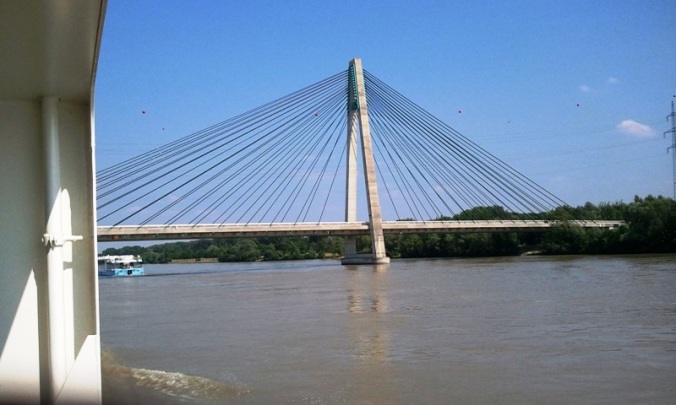 and then a skyscraper! 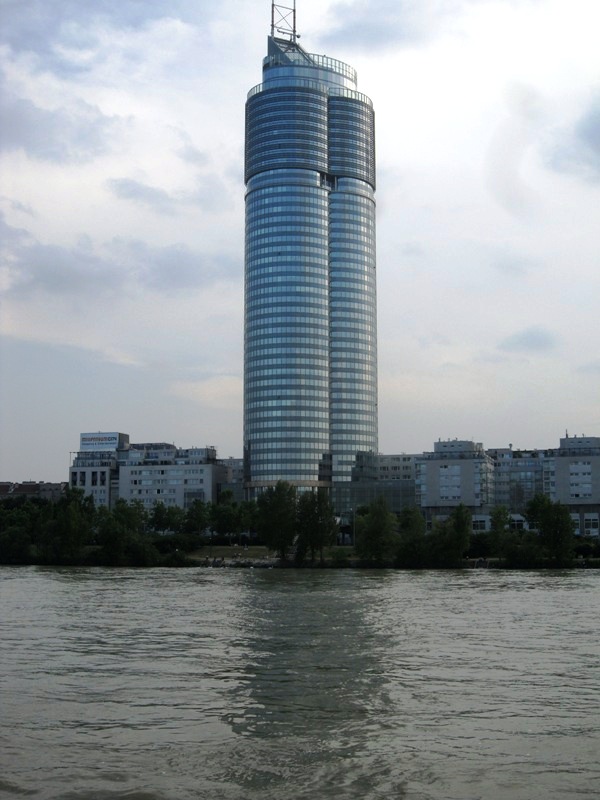 This only made me smile, it has a pretty funky shape, kind of reminds me of the BMW building in Munich.

Then we saw bridges connecting the suburbs to the Stadt and the red trains right overhead. 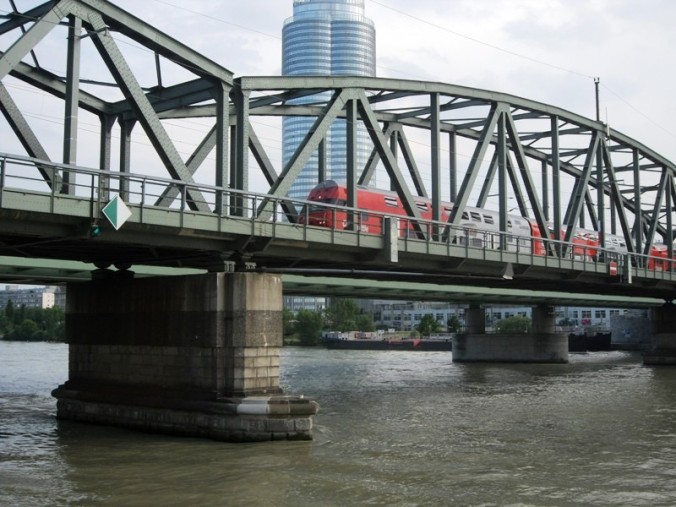 I sure will sound very cliché but I felt as if I had already been there, the déjà vu and déjà vécu (already lived) that everyone talks about or experiences. Have you ever felt that way?

It is important to mention that I had only been to Salzburg and Innsbruck during my first European adventure many years ago but never made it to Wien.

Viking Atla slowly docked next to another Viking River Cruises Long ship and we were now going to dinner before going out about town.

What was on the menu?

For the Entrée I opted for:

Followed by the Main course: 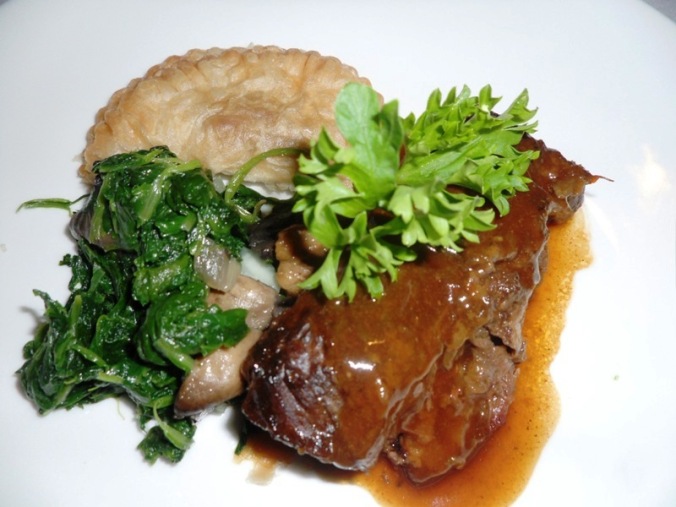 It was accompanied by Blauer Zweigelt red wine from Mörwald Winery

Then finally for dessert we opted for Mango sorbet.

It sure was food for the body and soul 🙂

After finishing our meal, we grabbed our cameras and walked along Handelskai Pier 2 and Lasalle strasse.

Even though it was Thursday night, we were surprised to find most of the shops closed. We kept going until we saw that it was not necessary to continue since it was clear that nothing was open, thus we turned back on our steps and came back on board. Truth be told, we were disappointed.

We asked members of the staff that told us that the heart of the action, the city center, was a bit far and not a walking distance, calling a taxi or taking the subway is the best option. Thus we decided to go to the lounge, relax and save our energies for the following day.

We woke up to see a bright and sunny day. As I pulled the curtains to the veranda, I noticed that our neighbors in the other Long ship were outside and please remember this, do NOT open the curtains when your hair looks like a lion’s and make sure you are dressed! You can actually shake hands or give the others a high 5 from where you stand, it’s that close 🙂

After a hearty and warm breakfast, we went to the main desk and obtained a boarding card and city map from Olivia and we asked at what time we had to be back on board and she provided the information.

We opted for going with a group into the city as it was a bit far from where we were, so we got on the very modern coach which by the way is equipped with comfy seats, AC (very necessary in the summer) and best of all? There is free Wi-Fi! Win 🙂

Little did we know that our tour of Ringstrasse would have us looking from left to right, up and down as there was so much to capture with our cameras! It was a nice glimpse into what was waiting ahead!

The bus dropped us off at Museum Platz. Now as I previously mentioned, I am not exactly fan of group tours, thus I let the guide know that I’d go separate ways and  would make it back to the Long Ship on my own. The only information we needed was the name of the closest subway station, then off exploring I went!

Upon crossing the Universitäts Ring and I saw this building,

No trip to Vienna is complete without visiting a famous coffee-house and we happened to find one on our way and not just any café, the one and only Café Landtmann.

Opened in 1873 by Franz Landtmann, this legendary institution has been serving coffee, delicious pastry, lunch, dinner and the meeting point (or working space) for many of the world’s most illustrious artists, doctors (Sigmund Freud among many), musicians and politicians ever since .

The interior is quite opulent and the shaded terrace is the perfect place for people watching while sipping on one of the exquisite drinks and indulging in rich desserts.

There were so many options that we didn’t even know where to start or what to choose!

Now I may or may not have told you already but I am a coffee AND a chocolate fan, so I thought the Shokoccino was the right choice. It is a cappuccino mixed with dark chocolate, topped with whip cream and drizzled caramel? Yes, yes please 🙂

We had to eat something in order to keep on going and take advantage of the few hours we had at our disposal, so there was no debate and we both knew that we had to try Apfel Strudel, yes, THE original of course!

This was served at the table. Feast your eyes 🙂 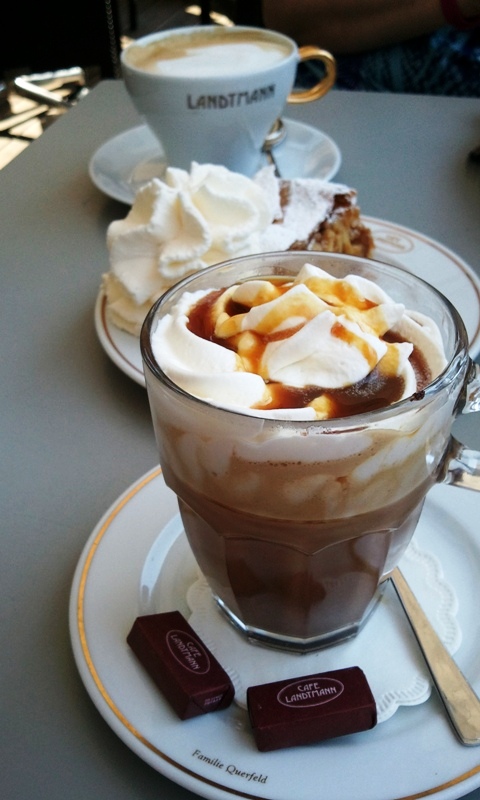 We enjoyed the view and the gorgeous sun that was slowly warming up the ambiance. One thing that we noticed, anyone would, is that Austrians take their coffee break seriously. It’s not just a time to order, drink it in one or a couple of sips, it is an experience! Yes life is hectic and goes by in the blink of an eye these days but coffee is SACRED as well it should be on this side of the planet.

Can I be completely honest with you? I can’t even begin to remember when was last time I felt so serene, happy, joyful but most importantly grateful! I was sitting where famous people, movers and shakers and history makers came to get caffeinated or to get inspired. How awesome is that?

It was now time to start a marathon walk around the historic center.

Now they say that photos are worth a thousand words correct? So I invite you to come along on this photographic tour of Vienna. 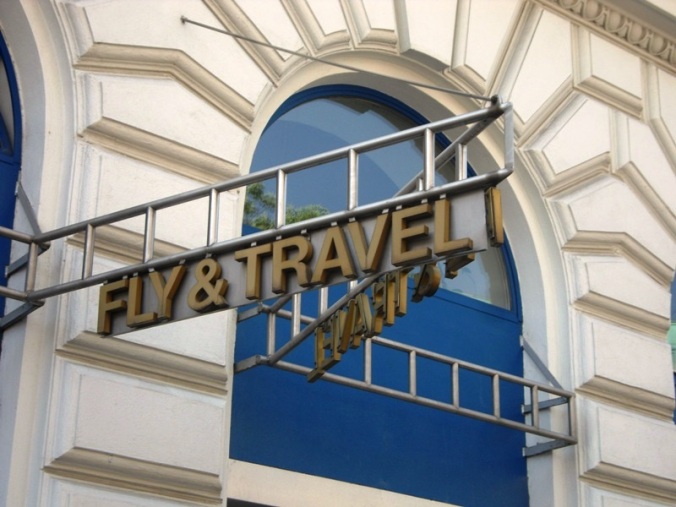 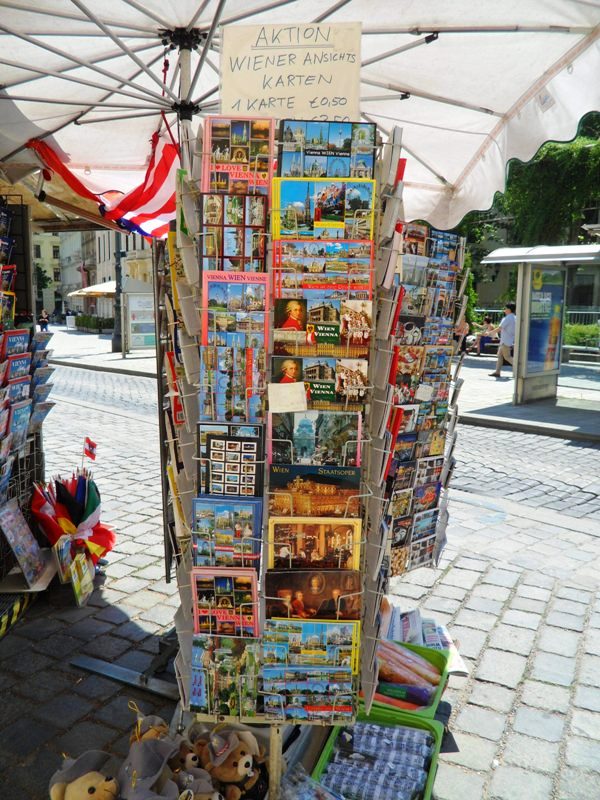 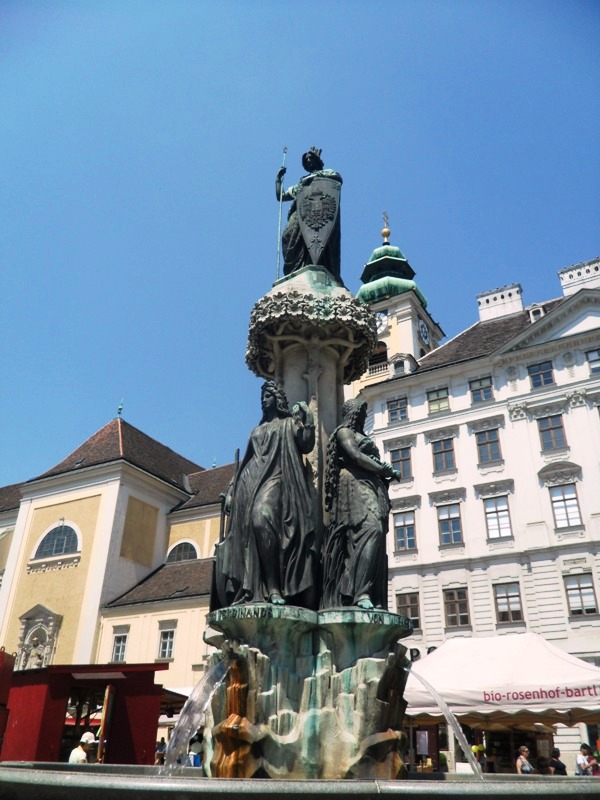 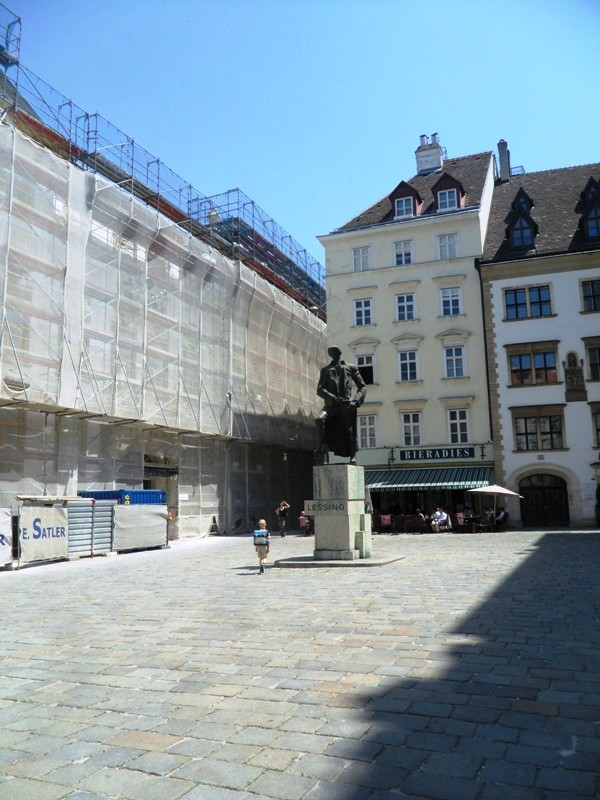 One of the oldest bookstores in the city

Believe it or not we had enough energy to come back walking all the way to where we first started! Insane right?  I mean we were going to be in Vienna only once during the River Cruise, so we took every single minute available and saw as much as possible.

Sadly, it was time to go and had to say “Auf wiedersehen” to the lovely and historic Vienna. I shall return in the future with more time 🙂

Stay tuned as we sail away from Austria and say Jó napot from our last destination of our cruise, Budapest, Hungary!

Have you been to Vienna

Until next time, Bis nächsten mal.