We sure did recover from our fun, festive and animated Austrian Themed Dinner and that was an unexpected surprise!

On Day 5 of our River Cruise, we woke up to a bright and sunny morning and we arrived in the small and charming town of Melk.

Located on the banks of the Danube, the town better known in Europe and the world for its stunning Baroque Abbey designed by architect Jakob Prandtauer and UNESCO World Cultural Heritage Site.

Perched high above on a bluff, Melk Abbey has been an important cultural and spiritual center since its foundation in 1089 and after its completion in 1736. 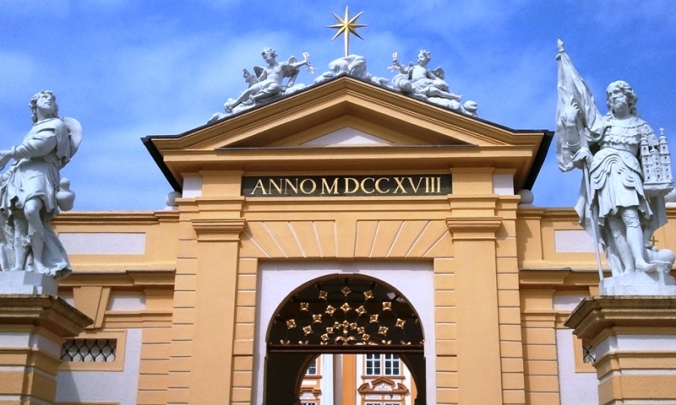 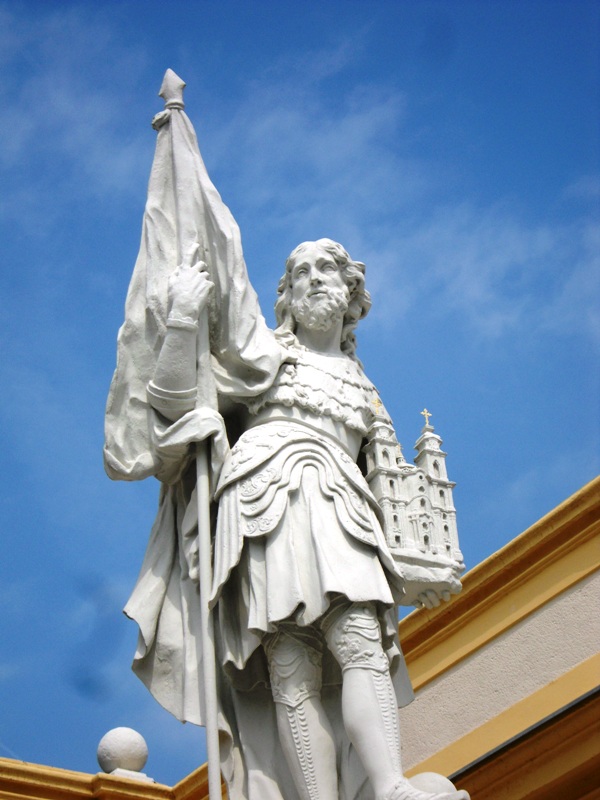 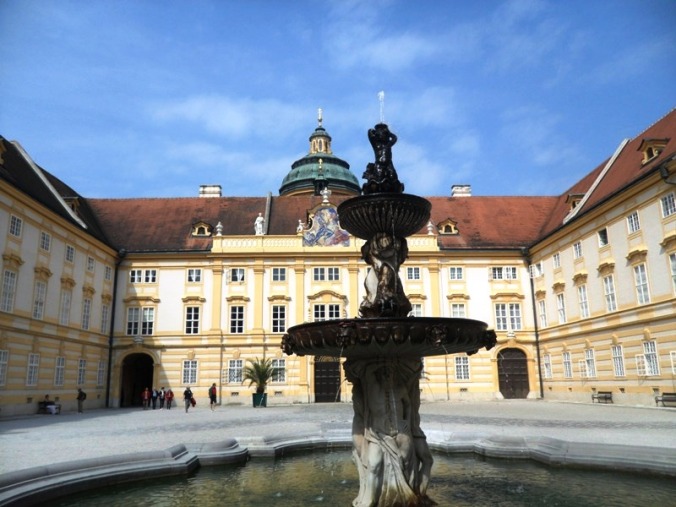 Benedictine monks have been living, studying and working on site and have followed rules established by Saint Benedict.

As you know by now, I have learned my lessons very well and I am a firm believer that one should never judge a building by its exterior. Well, this is another perfect example that proves this theory once again!

I would like to invite you to come along with me on a photographic tour of the stunning architecture of Stift Melk Benediktiner Kloster and admire its exquisite interior. Enjoy!

Abbey Museum “The Path from Yesterday to Today”

Views of the Danube

Western façade of the Abbey, Library 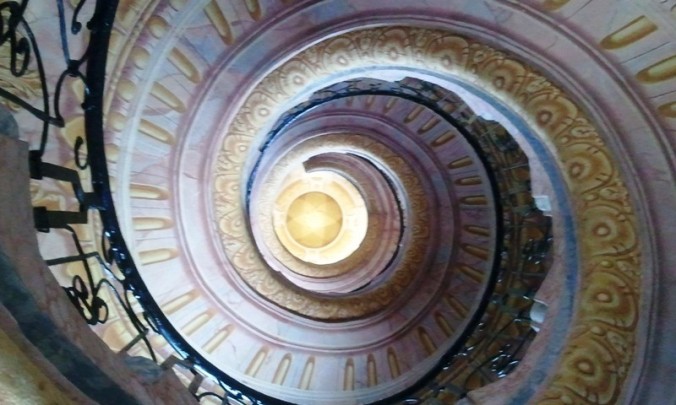 Gold bullion statues, altars and intricate details as far as the eye can see.

View of Melk from the Abbey shop

What is truly stunning is the amazing and meticulous condition in which the Abbey is until this day. Not only it is a spiritual center but also it feels like we’re in a totally different world, a silent one that leaves you to wonder.

After following the signs, we made it back to the exit and walked back to where we had departed from earlier. We were told that our bus would be waiting for us at a precise time, thus we couldn’t afford to miss it, and so we returned in time.

I must add that the weather was warming up and inside the air-conditioning was a true relief from the heat but we were still in awe at what we had just seen!

The short ride brought us back to our Long ship, Viking Atla where the hotel manager and program director, along with the staff were there to welcome us back with a sincere smile and offered us a bottle of water along with a cold towel. Refreshing it was 🙂

Since it was sunny with clear blue skies, we opted to have lunch al fresco on the Aquavit Terrace and decided to treat ourselves to chilled sparkling wine with our meal!

We left Melk and the landscape slowly started to change before our eyes. The mountains gave way to rolling hills with rows and rows of vineyards.

We had entered the Wachau Valley, Austria’s famed wine country.

There are many interesting sights along the way including abandoned castles that were built on top of hills which served as observatories and refuge in the past centuries against invaders.

It just amazes me how much history there is to learn about this region. We sure are privileged to travel freely today and simply be grateful to be able to do so!

Stay tuned for Day 6 as we finally arrive in Austria’s capital, Vienna. It will be full of coffee and food pics along with great architecture 🙂

Now let me ask you something,

Have you ever visited an abbey or spiritual center?

If so, where was it?

Bis nächsten mal, until next time!