“I got two places I like to be. Portugal is one”

That’s precisely what I visualize and I’ve seen/heard so much of Portugal’s vibrant and dynamic capital that I have to get there sooner than later!

Now I’ve previously shared with you 5 of my dream European Holiday Destinations and also my every growing Bucket List. One of them is the Algarve (I need vitamin Sea and love being close to the water!) In order for me to reach it, I need to fly into Lisbon.

Since I’ve never visited the city, I thought, why not stay for the weekend and have a holiday city break to experience what it has to offer.

I have a very trustworthy source that has inspired me to look into planning my future visit and that is my best friend Annie who, upon my suggestion of kicking fear in the face and go to Europe on her own, planned and booked her Lisbon break.

Just looking at her photos made me realize that I am missing out on a great and dynamic cidade!

Here is why Lisbon, Portugal has been added to my Travel Bucket List: 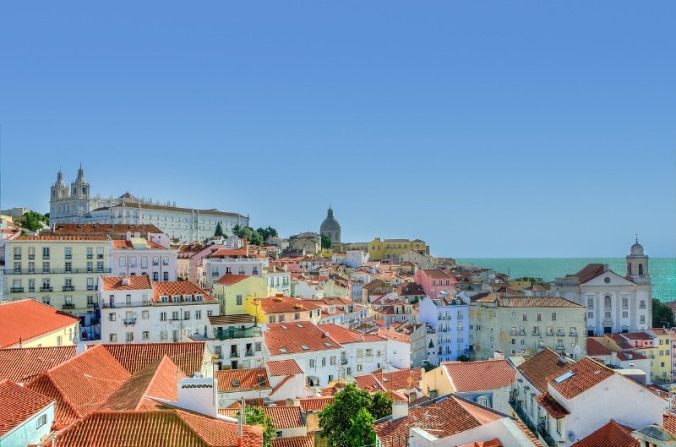 I have a confession to make. One of my all-time travel strategies is to go to the furthest or highest places in town. That allows me to have a bird’s eye view, enjoy aerial views and just take all the beauty in.

Besides, it’s not as crowded as it is on the ground and going the distance or height is well rewarded in the end don’t you think? 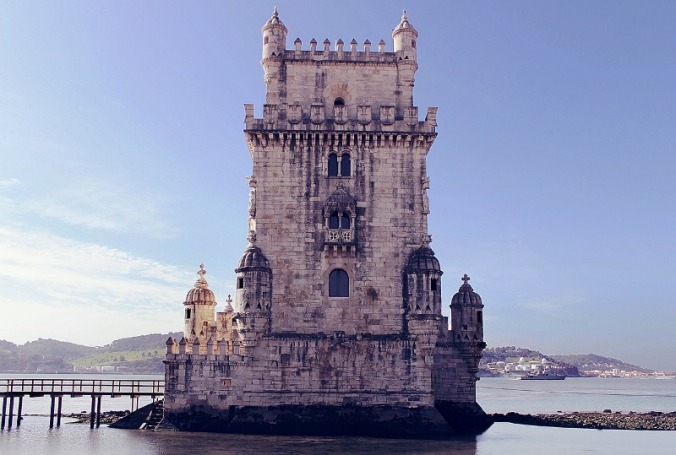 The Tower of Bethlehem seems to be taken out of a fairytale book. This UNESCO World Heritage Site was built in the 16th century to protect the capital from foreign invaders.

The four-story fortified tower was built on a small island on the Tagus River and is accessible via a bridge from the river bank.

As a history, cultural and architecture lover, it is just the right place for me to delight my photographic eye while learning about this masterpiece!

The hills in Lisbon abound, therefore going from the lower part of the city, Baixa and reach Largo Do Carmo or Carmo Square in Bairro Alto requires locals and visitors alike to take the Elevador Do Carmo.

Built in 1874 and completed in 1902, this 45 meter (148 feet) high public elevator welcomes the public daily from early morning until late evening.

This engineering marvel transports 25 persons at a time and once it reaches the top, the panorama or city views are unforgettable.

You probably know by now that I am an adventure seeker and what better way to discover more of the city than by taking the tram which will also save my pretty feet and allow me to recharge batteries!

I always make sure to get a transportation/city map (yes a real one) or download a PDF on my smart phone, so that I have it as a reference and check it when needed.

One thing my parents taught me is that go as far as I can and if you get lost, come back on your steps and go back to where I started (as a point of reference). However, being a social being, I would ask the driver or passengers to let me know how to reach my destination. In all my travels around the world, I have received help from angels and I am sure there are some among the Portuguese 🙂

Go back in time at São Jorge Castle 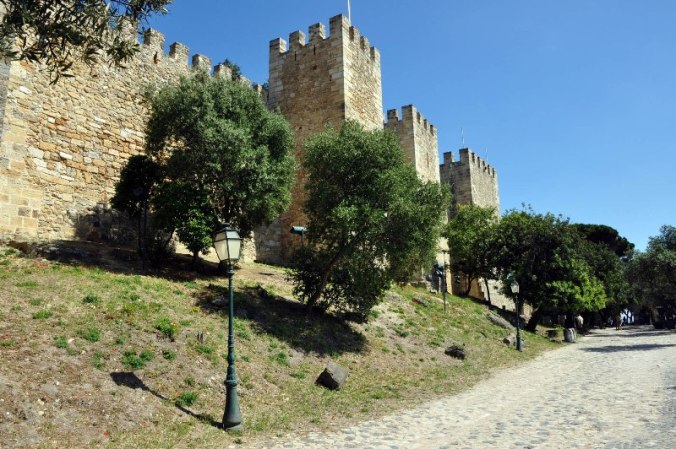 Have I ever told you I am obsessed with castles? Well, they draw me like a magnet. There is something about them that makes me want to explore the exterior and interior as well.

Strategically located in the city center, Castelo São Jorge is one of Lisbon’s most visited attractions for many good reasons. Its construction dates back to the 2nd century BC and it saw a succession of rulers such as the Phoenicians, Greeks, Romans and the Moorish up until the 12th century. It later became the official residence of Kings and rulers of the land.

What stuns me is how much history is contained within those walls and how it has withstood the test of time and elements including the famous earthquake of 1755 which nearly brought it to the ground.

It definitely is a place where you can go back in time and understand what the country had to go through in order to be what it is today.

I can be a serious talker and once I start it may be hard to stop but I do know when to enjoy the silence and simply let it overtake me.

Mosteiro dos Jerónimos is another UNESCO world heritage site that strikes at first sight due to its gothic manueline architecture. This means that maritime themes and objects found or discovered during many of the naval expeditions were integrated into the sculptures.

The monastery served as a refuge for sailors, it’s where Vasco de Gama stayed overnight before leaving for the orient.

Not only it was a highly sought-after spiritual center, it was also the burial-place of royals.

Retiring or visiting a safe haven and a place to recollect our thoughts and gain some internal strength is something well worth spending time in, do you agree? 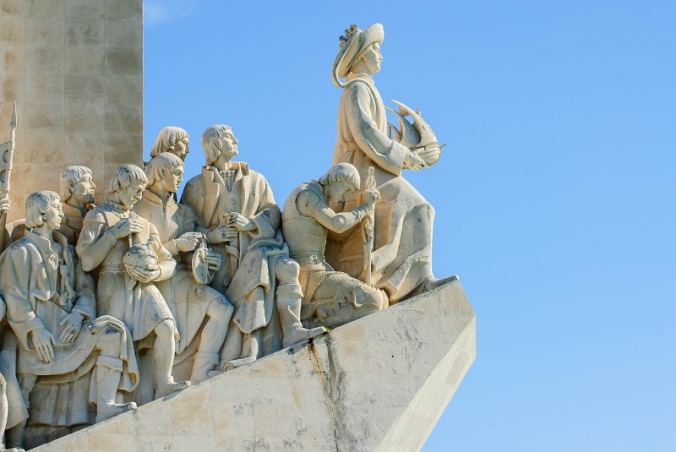 Dedicated to the discoveries and located next to São Jorge monastery, Padrão Dos Descubrimientos is a reminder of the Portuguese Age of Discovery which took place back in the 15th century when brave and courageous men departed from their beloved country in search of new lands in the East.

Completed in 1960, the Monument facing the Tagus River comprises of 33 figures from various walks of life and society ranks, from monks to explorers to kings and queens. They all played pivotal roles in the history of the nation…and the world.

What I find amazing is that they all dreamed big, saw big and took action. They were bold enough to go out and believed there were other distant lands to be discovered and they did!

The rest, as they say, is history and we have much to be thankful for!

Ah, I couldn’t leave Pastéis de Nata out as they are one of my favorite!

I believe I tried them when I was a child and hence, the love story continues 🙂 Who doesn’t love these fresh, crunchy, hearty and savory tarts?

Created by monks in the 18th century at São Jeronimo Monastery in order to receive an income, they quickly sold out. The recipe was later sold to a sugar refinery and Fábrica de Pastéis de Belém was created and is still running until this day.

Of course it goes without saying that it must be accompanied by a great cup of coffee and I’ve yet to find out where the best café is served or sold.

Now I did not forget about the delicious Portuguese food because that alone requires an entire and separate post!

So there you have my Top Places to Visit in Lisbon.

So now I’m turning it over to you.

Have you visited Lisbon?

If you have, what other recommendations would you make?

Let us know or show us!

Until next time, até a próxima

7 thoughts on “On my Travel Bucket List: Lisbon, Portugal”